Several weeks ago I told you about the awesome birthday surprise and the Jeff Bezos tweet of my “snow globe” photo of the Amazon Biospheres. It was fun and exciting and that tweet got a lot of attention! 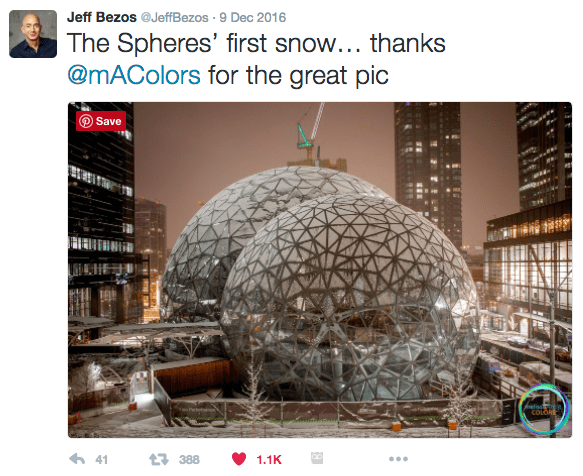 A wow moment for me and I’m grateful to Jeff Bezos for sharing it and kicking off a bit of a domino effect as GeekWire picked up the photo tweet and featured it and my website. That was a surprise too!

I reached out to the GeekWire reporter to send a thanks for featuring and the next thing I knew a follow-up interview was scheduled and there I was sitting down telling my story and talking about the Amazon Biospheres for a more detailed GeekWire feature.